The ALD Innovator award “For Original Work and Leadership in ALD” will be presented during one of the  Plenary Lecture Sessions in Ghent, Belgium. 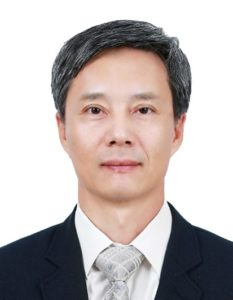 Biography: “Cheol Seong Hwang” received an M.Sc. degree in 1989 and a Ph.D. degree in 1993 in the department of inorganic materials science and engineering, both from Seoul National University-Seoul, South Korea. In 1993 he joined the Materials Science and Engineering Laboratory of National Institute of Standards and Technology, MD USA, as a postdoctoral research fellow. Then, he joined Samsung Electronics as a senior researcher from 1994, made contributions to the fields of semiconductor memory devices by researching high-k dielectrics, including (Ba,Sr)TiO3. Since 1998, he has been a professor in the department of materials science and engineering at Seoul National University. He has authored or coauthored more than 657 papers in international peer-reviewed scientific journals, which are cited ~34,400 times (H-index 89), has given over 100 invited presentations at international conferences. He also holds ~130 international/domestic patents. He is a recipient of the Alexander von Humboldt fellowship award, which made him stay in Forschungszentrum Juelich, Germany as a Humboldt fellow in 2004, the 7th presidential young scientist award of the Korean government, and AP Faculty Excellence Award, Air Products, USA, Inchon Award, and Kyung-Ahm Award. His current interests include high-k gate oxide, DRAM capacitors, new memory devices including RRAM/PRAM, ferroelectric materials and devices, negative capacitance effect, and thin-film transistors. He is also working actively in the field of neuromorphic computing devices/materials. He served as the general chair of the international ALD conference in June 2010, in Seoul, Korea. He also authored books entitled “Atomic Layer Deposition for semiconductor” in 2013 through Springer, and “Ferroelectricity in doped hafnium oxide” in 2019 through Elsevier. He is a member of the Korean Academy of Science and Technology, National Academy of Engineering of Korea, and a Fellow of the Royal Society of Chemistry, UK. On September 1, 2020, he was selected as the Seoul National University (SNU) Distinguished Professor, which is awarded to only eight members among the ~2200 SNU professors.

ALD student awards have been established to recognize outstanding research performed by a graduate student in areas of interest to Atomic Layer Deposition. All Student Awards will be presented on Wednesday during the closing remarks.

The ALD Best Student Paper Award winner will be selected on the basis of the oral presentation, considering quality of research and clarity of presentation. The award consists of a $1,000 cash prize and a certificate.

In addition, several ALD Student Poster Awards will be presented on Wednesday during the closing remarks. All accepted student poster abstracts are eligible.

Journal of Vacuum Science & Technology A (JVST A) has been publishing articles originating from the ALD Conference since 2010 as a Special Collection and will continue to do so each year. A JVST A Best ALD Paper Award has been established to recognize an outstanding article contributed to the JVST A ALD Special Collection. Each year JVST A Editors will select the winning paper from the articles published in the most recent ALD Special Collection. Eligible papers will include at least one author who participated in the ALD Conference. Authors on the winning paper will share a $1,000 cash award and each of them will be presented with a certificate acknowledging their exceptional accomplishment. The winning paper will be made freely available for a period of two years and widely promoted via email and on social and professional networks. JVST A does not have page or publication charges and is the flagship journal of AVS, a nonprofit professional society.

ALE student awards have been established to recognize outstanding research performed by a graduate student in areas of interest to Atomic Layer Etching.

In addition, several ALE Student Poster Awards will be presented on Wednesday during the closing remarks. All accepted student poster abstracts are eligible.